First of all I’d like to explain what this is. I wanted to create a universe for my writing. Originally I tried something new but it lost the human essence, the ability and will to survive. So I thought about parallel universes with a significant variable that allows magic (alchemy).

The variables end up getting the names Maji and Ooze which try to maintain balance between many parallel universes. One universe ends up siphoning the Maji and Ooze from another. Universe A lost its alchemical capability to Universe B making Universe B highly alchemical. I picked Universe B for my writing because the imbalance it causes could be catastrophic.

History wise it is hard to assume the absolute effect. I believe the understanding of this type of alchemy would require vast scientific knowledge. People will attempt to understand the phenomena with many beliefs. Most religion we know still ends up being made. The difference is Maji and Ooze give birth to our collective dreams and fears making new realities.

By the time we see the Holy Roman Empire rise there are millions of myths in existence. They begin a Mythicide in an attempt to protect their empire. The popes back then were mostly terrible and when they learn what alchemy could do they betrayed Christianity. Alchemy allowed them to advance their empire.

They reach the Americas way before our history did. Passing themselves off as gods the Senate made the Americas into their holy land. Rough understanding of the alchemy made them mix bones from the Mythicide with human blood in a fountain creating the Fountain of Youth.

Ultimately humanity revolts against the Senate. They win by shear luck then rebuild a better society. A World Government (WG) ends up being made to protect the interests of everyone. 2450 is the year the WG arises. Four people get appointed the leaders of the world who all have access to a Mist Well (a pool of Maji and Ooze with mysterious alchemical powers.) The Mist Wells exist in towers called Time Reciprocals (TRs). 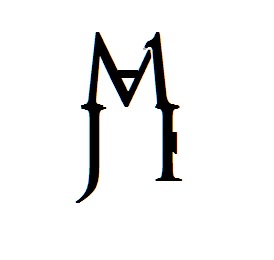 A blog written by Desnei to accompany his journey through life. I write mostly poetry and short stories. Enjoy!

Days of the Past –